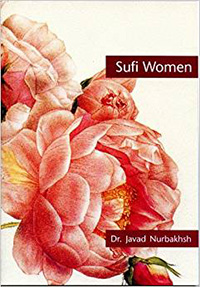 In the Prologue of Dr. Javad Nurbakhsh’s book Sufi Women the question “Is there any difference between men and women in terms of their faith?” is plainly addressed. With candid simplicity, Dr. Nurbakhsh writes that women who seriously set foot on the path toward Reality are in exactly the same position as men who do so. He goes on to extol: “Since in the Ocean of Divine Unity neither “I” or “You” exists, what possible meaning can man or woman have?”

This enlightening book offers the reader a profound respect accorded through the centuries in writing about women in Sufism from the early days of Islam to the present day, presenting the biographies and anecdotal stories of a number of highly reputed women who were Sufis. Beginning with Rabia, the most famous Sufi woman of early times, who it was said was robed in the quintessence of pain from foot to face, immersed in the Truth, effaced in the radiance of God and liberated from all superfluous excess to dozens of others, including annoymous women who's stories are here set down. Dr. Nurbakhsh's book also contains one of the most succinctly written overviews of the history of Sufism including it's first appearance in seventh century A.D. and it's later transformation towards the elements of love (ishq) and loving kindness (mahabbat). With Sufism's emphasis on Divine Love replacing a previous stress on the fear of God's chastisement, this amply ladened book culminates into a speculative philosophy on "The Unity of Being".