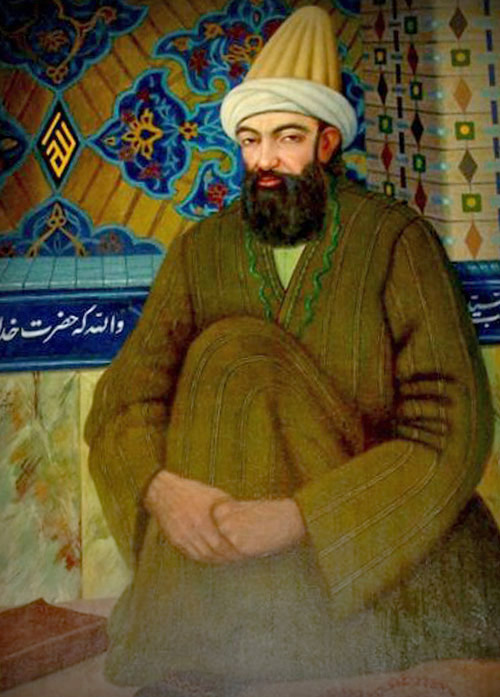 His mother was from a noble family of Fars in southern Iran. Shah Nimatullah traveled extensively in the Islamic world - meeting numerous masters and becoming acquainted with the important ideas of his time.

He studied Ebn 'Arabi's Fusus al-Hikam extensively and later in his life wrote several commentaries on this book. Towards the end of the first period of his travels he met Shaykh 'Abdo'llah Yafe'i in Mecca and became his disciple.

After serving Shaykh Yafe'i for seven years, Shah Nimatullah began a second period of traveling within the Islamic world. This time, however, he did not go as a thirsty seeker in search of a perfect master, but as a perfect master quenching the spiritual thirst of others. In this second period of travels, Shah Nimatullah first set out for Egypt, then went on to Transoxania, settling near Samarqand. Here he met the great conqueror, Tamerlane who, unable to appreciate Shah Nimatullah, caused him to leave and journey to Herat. A period of travels west followed, leading the master to Kerman and finally to Mahan, where he remained for the last twenty-five years of his life.

During Shah Nimatullah's stay in Mahan, his fame spread throughout the regions of Iran and India, with pilgrims coming from all over to visit him. Shah Nimatullah lived nearly a hundred years. He died in 1431 A.D. (834 A. H.) and was buried in Mahan.